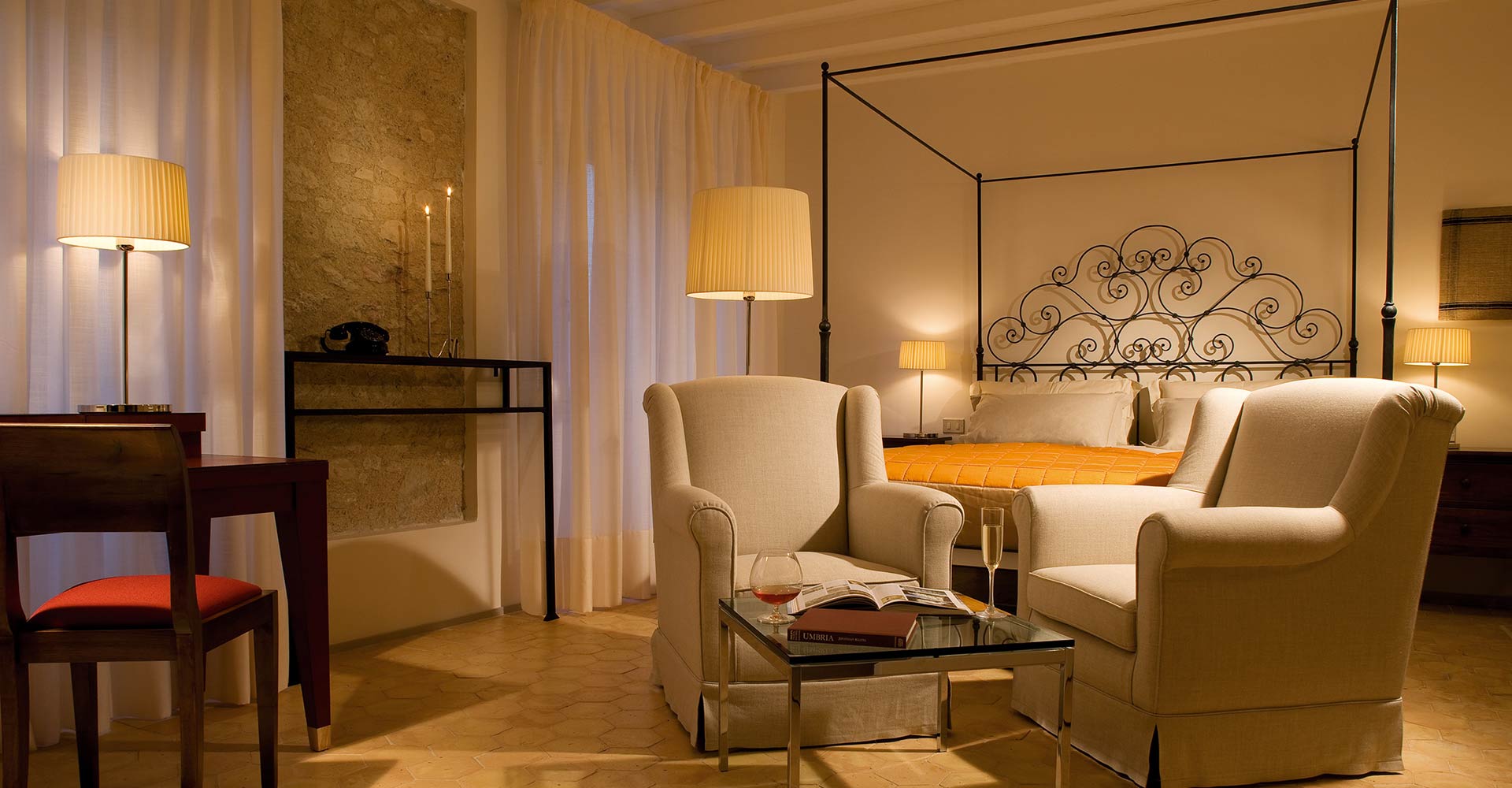 Palazzo Seneca was built in the sixteenth century by the homonymous family originally from Piedivalle, it was the first hotel in Norcia and one of the first in Umbria, having been in operation since the early 1900s. The structure underwent an important restoration following the 1997 earthquake which ended with the reopening in June 2008, returning to be one of the most beautiful monuments of Norcia. Palazzo Seneca is considered a highly safe building from an anti-seismic point of view. The structure has passed all the checks carried out by Civil Protection technicians and by a highly specialized team of engineers and technical experts following the seismic events that involved all of central Italy starting from 24 August 2016.